You may wonder who Cordelia is. She’s the main character in the new science-fiction / time-travel book that release today.

By the time you see this, the e-book is available on all the major e-book shelves. Coincidentally I got the paperback print proof in today!

I apologise for the horrible lighting but trust me, it looks really good. My thanks to Destiny Hawkins of Vibrant Designs for creating this amazing cover. The paperback should be available within 2 or 3 days. I’ll update the “From Time To Time” book page for it then.

I hope you will enjoy travelling with Cordelia!

And it looks as if that time is coming closer.

Meet Cordelia. She’s a technie at a lab where time machines are made. Something bad happens so she runs off. To the past. That’s where she tries to make a living, together with her STAR (one of the time machines).

The e-books are scheduled to come out on January 11th and in most important e-book stores it’s already available for pre-order!

Amazon has it, Kobo and Apple iBooks have it, and Barnes&Noble also shows the book already!

Yes, dear reader, this is a truth. Writing is time travelling. I just got back from such a trip. 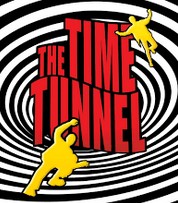 Why did you go? And why did you come back? Was it not fun in the future? Or in the past? Or in the wherever the hell you’ve been?

Let me start at the beginning.

“In the beginning there was nothing.”

Oh. Wait. That’s a bit far back. Sorry, sometimes even my memory slips a few billion years. Where were we…

I am writing one of my many stories – because that’s what I do when I write: I write many stories at the almost same time – when I decided I got stuck. A man comes into the kitchen, his wife gets a scare, relaxes when it’s ‘only’ him, and he asks what her problem is. (Do note that this is part of the story I was referring to, not some random bit of coconut that goes on a journey to Jamaica. That’s another story.) 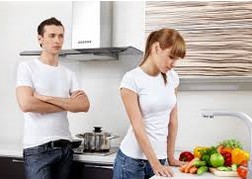 Okay, so these two, like the ones on your right, are in the kitchen. She’s hiding something. How does she react to his question?

The answer: I had no idea at all.

But you are the writer! You have all the answers!

I do, of course, but only after a bit of time travelling. So I got into my time machine. It looks like a bicycle. Don’t let that fool you. It’s cunning. Clever. Well disguised. 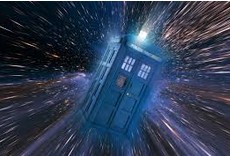 And the phone box was already taken by Dr. Who, so that kind of limited my options. Anyway, onwards: I left man and woman in their kitchen and fast-forwarded to where the woman tells him what actually happened.

I’ve discovered that it’s nice to know that ahead of time so I can justify her odd, scared, shocked behaviour which rouses suspicion with the husband.

The time travelling proved to be a good idea. I was there, saw what happened while the husband wasn’t conscious (he was actually sleeping off his night shift, so he was there but didn’t know what happened).

And that is how and why I made my trip back to the future.