What fun is there to report? First of all I’ve taken a small step for man but a giant step – oh, wait. Wrong note. Sorry, Mr Armstrong. At least the small step is true. Until a while ago I put all the paper books on Lulu.com. Amazon now has a paperback system in place and I’ve initiated the process of putting Hilda’s first adventure out there on paper. So far I must say I like the way Amazon has created the system and I’m looking forward to receiving the print proof of the booklet. It should reach me on February 20th or 21st.

I’ve added a new cover to that book. If it all looks nice I’m going to update the cover for the e-book as well. This is what the new cover will look like: 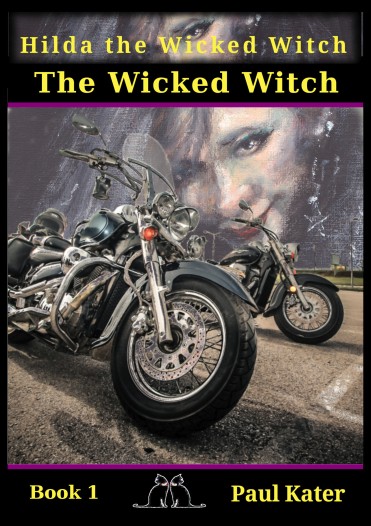 I’m almost done reworking the chapters for Hilda 21 so there’s nice progress there. Writing Hilda 22 is going well also, I may be approaching the end of book 22 soon. After that, indeed, the reworking starts again but it will be different. 21 will then be 22. 😀 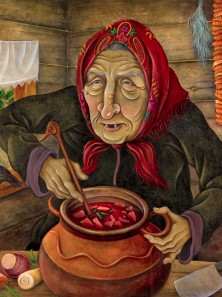 As you may recall, I started writing Baba Yaga’s story last November. It’s still not done, although I am crawling towards the end on that story also. It’s a very different type than the Hilda series, which keeps surprising me. It does fit the story though, so I’m hopeful that everyone who read it (when I’m finally all done with it) will agree.

A question to you

Which stories do you like best? The Hilda’s? The Wanted books? The Steampunk books? Anything else? I’m really curious because I think it’s time to mainly focus on the kind of books people really want to read. At times it feels as if I’m spreading myself too thin by writing so many different genres. 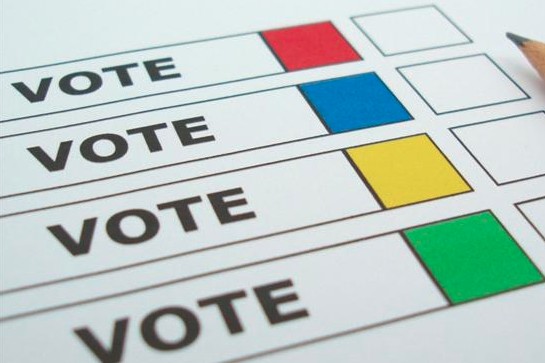 I’m looking forward to your reactions!

Here is a critical question for you: what to do when your battery runs out? 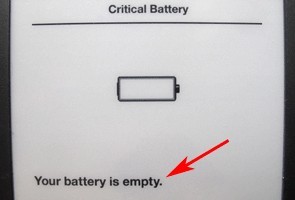 Panic? As someone who likes to read, I know of this problem first hand. Do you too? And if you do, what is your line of action to make sure you can read on in case this kind of disaster strikes? I’ve heard of people carrying paperbacks with them. Paperbacks, although much larger than e-readers, don’t run out of power, so that makes sense. My strategy is a bit more complex, but so far it’s worked great for me.

Strategy. I fixed my problem the electronic way. I have a 7″ tablet and a rather large phone, both running Android. Both devices have the same e-reading software on it, called Moon Reader + Pro. Why the Pro version? There’s the trick. I have configured Moon Reader to save the last-read location of each book online. You can choose between Google Drive and Dropbox, or use both. If the tablet runs out of power, I fire up the reader on my phone, open the book, and Moon Reader checks where I stopped reading. It then asks if I want to continue at the latest saved location, I say yes, and off we go. 🙂

Tips. If you need some tips on saving power on your e-reader or tablet, follow this link to E-readers In Canada!

Via Teleread I came upon this amazing bit of text and video about a world record breaking event: a domino chain by books, done by students and taking place in the Seattle Public Library:

I don’t believe I’ve ever seen an actual book domino chain in person. I’d never even seen a video of such a thing until earlier this afternoon. But apparently enough of them have been created over time that an actual Book Domino Chain World Record holder exists out there, somewhere.

And yet that person (or that institution, as the case may be) had its world record stripped away roughly four weeks ago by none other than the main branch of the Seattle Public Library. Officially known as the Central Library, the building became architecturally famous worldwide back in 2004, thanks to its fantastic and futuristic design by Rem Koolhaas.

As reported today on BoingBoing, the library “kicked off its Summer Reading Program by smashing the world record for a book domino chain,” which was “laid out in the library’s beautiful main branch, and was made up of 2,131 library discards and donations.”

According to a note on the library’s website, the books used in the domino chain (which required 27 college-aged volunteers to construct) will be sold as souvenirs at an upcoming Friends of the Library event. Watch the video below, and see if it doesn’t completely blow your mind. 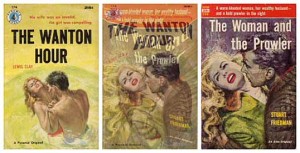 From mental_floss: Half a century before e-books turned publishing upside down, a different format threatened to destroy the industry.

The next time you find yourself tangled up in one of those endlessly frustrating conversations about how e-books and e-readers and the digital culture in general are threatening to destroy the publishing industry as we know it, you’d better believe you’re going to wish you had a photocopied version of Andrew Shaffer’s latestmental_floss feature on hand.

Why? Simple: Because instead of huffing and puffing and arguing yourself hoarse, you could instead simply hand the photocopied article to whomever you happen to be engaged in conversation with, and then, without saying so much as a single word, simply turn around and walk away. (With a knowing grin on your face and an intellectually superior spirit in your heart, of course.)

Not to put too fine a point on it, but Shaffer’s article, “How Paperbacks Transformed the Way Americans Read,” is a near-perfect example of the old chestnut that “those who do not remember history are doomed to repeat it.” To be a bit more specific, you could probably even say that “those who know nothing whatsoever about the history of the publishing business probably shouldn’t go around prognosticating about it’s forthcoming demise, lest they make complete asses of themselves.”

But regardless of all that, Shaffer’s article does a wonderful job of reminding us that as recently as 1939,  the American paperback book was a newfangled invention that many publishing industry insiders assumed would destroy the business as they knew it. At the very least, it was widely assumed that readers everywhere would abandon the hardcover book in favor of the significantly cheaper paperback. (Sound familiar?)

Some seven decades on, of course, we all know what happened: Hardcover books are still very much being produced today, although most readers regard them as something of a luxury or niche item. American companies that once produced nothing but hardcovers eventually branched out into paperbacks, and all was well with the world.

In fact, the history of the hardcover book is not entirely unlike that of the vinyl record. The cassette tape, after all, didn’t destroy the record, nor did the CD, and nor will the MP3 or whatever might arrive next. The vinyl record has simply become an enthusiast’s item, and indeed, the music industry somehow manages to march on. Today, musicians make money primarily by touring and selling merchandise. And in another 50 years, the model will almost certainly have reinvented itself once again.

If you happen to have a spare 30 minutes, click over to Shaffer’s article and give it a good, slow read. (And don’t forget to forget to print out a few extra copies. I suspect they’ll come in handy before you know it.)

If you are a collector of paper books and you like children’s books, either for your own child or your inner one, you can now find Charisma’s first story in print at lulu.com. 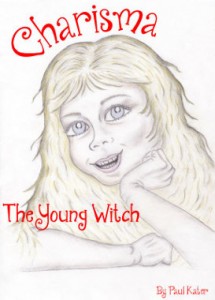 And if you go there before December 14th of this year and you check out with the code ‘felicitas’ you even get a 20% discount!

if you want to stock up on your printed copies of books for the quickly approaching holidays, you should make your way over to lulu.com and join Jekyll and Hyde! 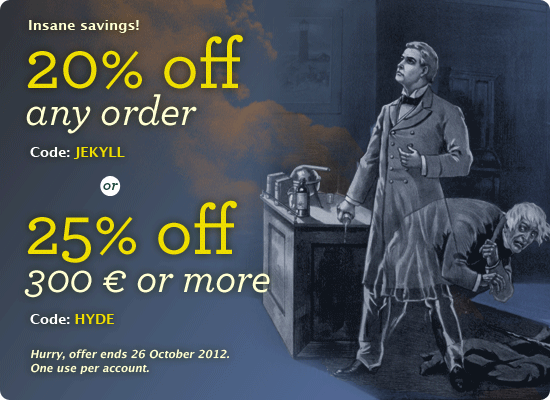 Big savings are there to be found, but hurry – only until the 26th of October!

One common justification for high ebook prices is the claim that ebook sales tend to increase at the cost of sales of paper books. While that is certainly true in my case, a study which was recently released by the University of Hamburg suggests that I might be an outlier. 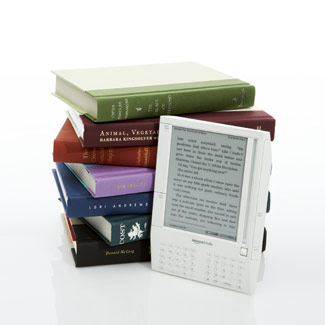 This report also revealed that digital readers spent around 50 euros a year on ebooks, while the survey group as a whole spent about 115 euros on paper books. And while it was not the preferred site, almost everyone had bought from Amazon at least once (79%). The most shopped bookstore, much to my surprise, was Thalia (24%), followed by Weltbild/Hugendubel (20%), iTunes/iBooks(19%), Project Gutenberg (7%), and Libri.de (7%) .

I don’t have many more details from the study (I’m still looking for it), but I do have one interesting detail. This study is based on a survey of 2,500 German readers, and 1157 read ebooks. That’s a remarkably high percentage. The latest data in the US dates from this Spring, and that showed that only about 30% of US readers had adopted ebooks.  Hopefully this is a sign that ebooks are catching on and catching up in Germany. 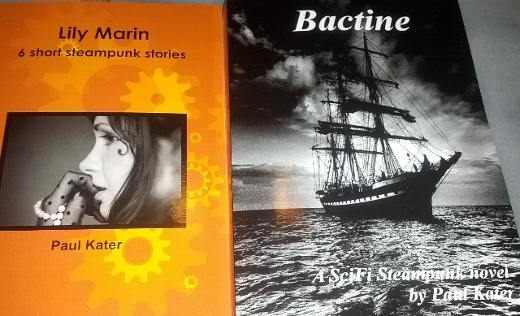 I bring good tidings. The 6 short stories of Lily Marin and also Bactine are now available on paper. Both of them are as of now available through my own little bookstore on Lulu.com, my spotlight.

If you have been waiting for paper versions of these books: they are here!

For satisfying your paper book cravings, lulu.com now has a nice offer:

So run over to http://www.lulu.com, choose your books and check out with promo code PLUMA for 20% off your purchase!

if you like a paper book in your hands, lulu.com now offers a discount of 20%:

Note that this offer ends on September 7th!