Write what you know. That is an advice often given to writers, especially the ones who start their first journey into the realms of words, paragraphs and pages, lots of pages.

It is sound advice, because when you write about what you know, you can be fairly certain that you don’t make a silly one of yourself (and I deliberately avoid the word ‘fool’ here since anyone who is brave enough to set out on the lonely path of the writer is not a fool in my opinion). 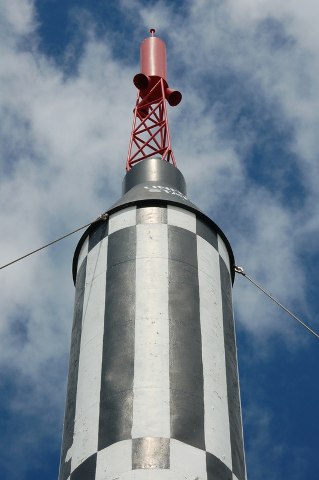 So there you are, a beginning writer, writing what you know. You know a lot about cars, so you could write about cars. But you know perhaps a;sp about the solar system, so you can employ that in a wonderful piece of science fiction. After all, there is enough material online and in libraries to research rockets and such to make the story credible, and a rocket – like a car – is merely a means of transport, be it a big and expensive one.

And then, amazement, the book is done and you feel like more writing, more science fiction, more rocket-cars, so you dive into your keyboard again or perhaps your preferred notepad and fountain pen, and off you go into the wonderful world of Scifi, with rockets and stars, and – oh… perhaps there is something about these astronauts that you can elaborate on. Some psychological things that might affect them when they fly along and barely make it past a supernova alive. After all, astronauts are human too. But you know nothing about psychology. So should you stop here, because of that advice that you should only write what you know?

No. Absolutely not. Because look at what you did when you wrote that first book. You ran to your favourite library or search engine and you looked up rockets. You can do that for matters of the human psyche as well, even though that is a slightly different grey matter than a rocket. It might be just as big, though.

You can also look around in your neighbourhood and see if there are people who know something about psychology; people you can talk to and who might want to help you figure out the bits and bobs that go around behind an astronaut’s forehead.
You can try to locate online forums where psychology students get together and discuss things with them. And behold, when you do that you are learning about psychology. You start to know things about it. And then you are where you want to be: you write what you know. Congratulations, you just expanded your writing horizon by learning something new!

So the message is still: write what you know. But if you don’t know something, get to know it.

This is about libraries. 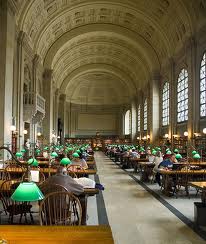 Who has not spent hours and hours in libraries? Perusing the thousands of books on the shelves, exploring the many different categories and styles?

I know I have done that a lot in the past, when there was no Internet, when there were no e-books (yes, I am one of those e-book fanatics).

Very early already I had gone through all the books suitable for my age, and I could not find anything worthwhile to read any more that I had not already read, so my parents arranged that I could go into the adult books section.

A world of worlds, knowledge, impressions and marvel opened for me when I discovered the joy of reading. The person who initiated that with me was my mother. She was the book worm in the house, and soon I was the other one. More than once I had to be called a few times, and shaken physically, for the call to come to dinner. Once engrossed in a book the real world simply disappeared.

Libraries have always been impressive and very necessary institutions where the knowledge of a nation or a culture were collected and cared for. The first known library in the world was that of the great city of Alexandria, in ancient Egypt. It functioned as a very important place of scholarship from its construction in the 3rd century BC until the Roman conquest of Egypt in 30 BC. As this is the first known and also very significant library in history, it has a special meaning. One that started all the other libraries, all those other places that gather wisdom for posterity. It was such an impressive place, with so many written scrolls, that it also became the name for the Alexandria Publishing Group that I am a member of.

Since libraries contain so much knowledge and give so much food for thought, often they were (and sometimes still are) destroyed. Food for thought is a dangerous thing for usurpers and dictators. The dumber a people, the easier they can be controlled. But not only humans have destroyed libraries. Also the simple fact that books are made of paper is a danger – fire is a great enemy of libraries. Luckily these days there are many good fire-detection and sprinkler systems. They help in preserving the important old and new documents that so many brilliant minds have put together. (Of course water can be a threat to books as well.) 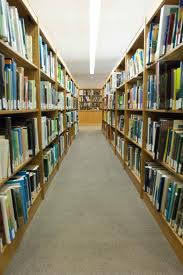 Libraries. They are important places. Places that feed the mind. Home of readers and writers. And a public library makes no difference between rich and poor, old and young, the colour of skin, or what other differences you can think of. Anyone who needs to research something, who has a burning question, or who wants to borrow a book for the pure joy of reading, it does not matter. The library can accommodate it.

The library. I don’t know how it was for you, dear reader, but for me the library, even at a young age, was more important than the playground. I would even say that it was my playground. It offers thousands of ways to be entertained, amazed, scared and surprised. And most of all: become knowledgeable.