Tomorrow Valerie Douglas will have her birthday (she’ll be 19 once again!) and for the occasion she’s having a sale on two of her books. 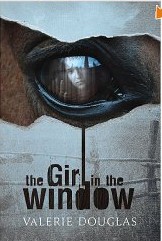 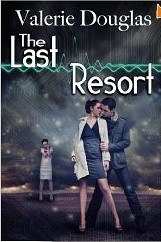 If you are curious about these books then save the links for tomorrow!

The girl in the window: http://www.amazon.com/dp/B00AR7UYU2 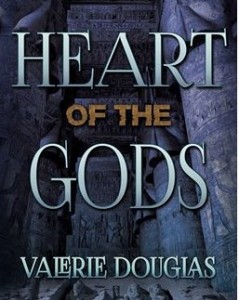 You may not know it but on Facebook, at this very moment, there’s an event taking place called Fantasy in July. You are cordially invited to join the event where many fantasy writers are talking about their work, offering their work even at discounts and the occasional announcement for new works coming out soon pass by as well.

You might find a mention of “The Source of Lightning“, an epic steampunk adventure by Donna K. Fitch, for instance. Or there’s Katherine Lee Pierret Perkins’ “Dawn of Steam” (indeed, more steampunk). But there is also proper fantasy, like “Servant of the Gods” by Valerie Douglas (a gorgeous book if I say so myself).

If you like fantasy and Egypt, then “Heart of the Gods” would be a good choice. So if you feel like indulging in something special then don’t hesitate and come have a look! 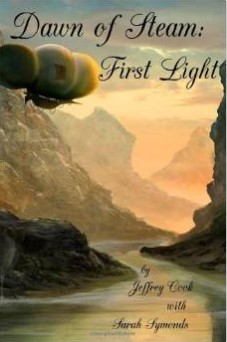 My wonderful friend Jess Mountifield has just released a new book. This time it’s under a pen name, and the book is perhaps a must for the fans of Sherlock Holmes and especially his brother Mycroft. 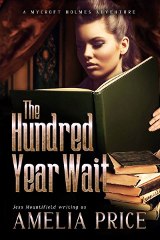 What is this book about?
Mycroft’s life is perfect, except for one small coded message he can’t quite crack, but this doesn’t bother him. His brother, Sherlock, has always helped out when tasks require more effort than he’d like. He’d never thought life dull, until he found Amelia.
In this novella, a man of extraordinary intelligence finds himself puzzled by someone he knows is inferior. While preventing a terrorist attack he will need all his experience to keep her alive.

If you are interested, you can find the book on Amazon.com and Amazon.co.uk.

It is a second Monday again. It may take some time to get used to the new schedule but still  present to you today’s Indie Promotion:

The Chief of All Time (Medicine Man) 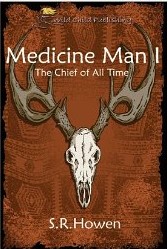 Ebook Short Description: Shannon Running Deer is American Indian by blood, he has forsaken his people’s ancient ways to embrace the “modern” world as a wealthy, highly successful trauma surgeon.

His comfortable existence begins to unravel when, seemingly by chance, Shannon finds himself gradually drawn into the past. Pursued by an ancient evil, he knows he can change the future, if he can survive the past.

In the tradition of Diana Gabaldon, S.R. Howen’s MEDICINE MAN is a distinctive and atmospheric novel full of spirituality, mystical time travel, romance, passion, and suspense.

You may have missed last week’s Indie Promotion. That was not a mistake. I’m cutting the amount of those in two for now, so you’ll find a new Indie Promo every 2 weeks instead of each Monday.

Ebook Short Description: August Gamble – Book One of the Mountie Series
He was well known to the Chester detachment of the Royal Canadian Mounted Police, as well as to many residents. Tom Anderchuk was the town’s bad kid, drop out, drug taker, and then drug dealer. No sympathy lost here over his death.

Corporal Roger Sheppard wondered then why this particular murder upset him so? He was always the cool one, the non-emotional policeman. Was it the August heat? No, It was more than that. This whole drug problem was right in his own backyard. Now, a young dealer had been killed. Then there was Madeline, Tom’s girlfriend. Roger couldn’t get her eyes out of his mind – haunted, scared and empty. If Madeline did know something she wasn’t talking. Or was afraid to. 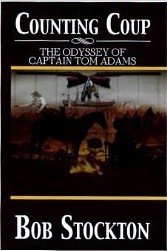 Welcome to Monday! I present to you a new Indie Promotion: Ebook Short Description: For Delae – a lonely landholder on the edge of the Kingdoms – a frantic knock at the door on a stormy winter’s night brings more than a cry for help.
After centuries of war, Elves have little contact with the race of Men, but Dorovan can’t bring himself to ride past those so obviously in need. One small act – with enormous consequences. Not Magic Enough is a tale of love, honor, duty, and determination.

It’s taken me a lot of juggling but I finally managed to locate Monday again, the day that I present to you the Indie Promotion. Today isn’t different, so here it is:

Of Dreams and Shadow Ebook Short Description: We live. We die. Is there anything more? Jenna Barton is about to find out. After moving to the coastal North Carolina town of Parson’s Cove, Jenna has unwittingly stepped into the middle of a mystery involving a missing child. Unfortunately, the predator is still on the loose and Jenna has become his new obsession. With a little luck and a bit of paranormal help, Jenna might survive.

The first Monday in March. March already, where does time run off to? May I present to you March’s first Indie Promotion:

Ebook Short Description: Dystopic and shocking short story about a woman and her lover, espionage and even allusions of torture. – Flash Fiction/Short Story