Yes, this means you. You should read this if you are into Hilda’s adventures. You may have heard already that last year November, during Nanowrimo, I wrote an entire new Hilda the Wicked Witch book. Volume 16. It’s about Hilda’s younger years. This book contains lots of pointers and references to the previous books about our favourite witch and it will be an eyeopener for everyone. I promise you that. At least I hope I’m doing that well. And suddenly I had an insanely funny idea. 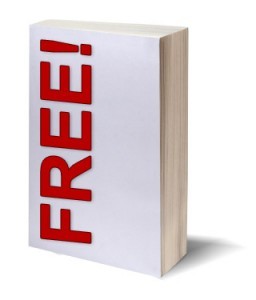 While I rework the book (it’s still in an ugly state at the moment) I plan to make a list of hints and pointers to the other books. When the book comes out I want to hand three readers an opportunity to win a paper copy of the same book. How? It’s simple: read Hilda 16 (not yet of course, as it isn’t available) and count the number of hints you find that point to other books.

When we get near that time I’ll post more information about this idea on the blog, also on how to get your tally to me and the process I want to use on deciding on 3 winners. (See, I’m postponing that because that detail still needs to be figured out. 🙂 )

Now to keep things honest and fair, I offer you the opportunity to send me e-mails in which you tell me that handing out free books is a very bad idea and that I should stop thinking about it. Or you can leave me a note here in the comments or on facebook, Twitter or Google+, telling me how much you like the idea.

Have you ever heard of the Project Gutenberg? I am sure you have, but to refresh your memory: It is a project to digitise all the famous and less famous old books that are out of copyright, and make them available to the public.

Ebook-Friendly has posted a very nice article on how to make best use of this project:

Project Gutenberg is one of the most important sources of free ebooks on the web. This longest-established ebook project releases books that entered public domain, and can be freely used in electronic format.

World’s first ebook ever, created by the founder of Project Gutenberg Michael S. Hart, was officially added to the catalog in December 1971 – and, obviously, is still available for download.

Currently there are almost 43,000 ebooks in PG catalog. There are several file formats for download, including the ones compatible with Kindle (mobi), as well as Nook, Kobo or iBooks (epub).

Most epub and mobi books have two versions, with and without images, so you can not only enjoy reading the classic literature at its best, but also get the feeling of an old book.

I’m a fan of Project Gutenberg, not only because of its history, but also its clean interface and well-organized structure. It’s just a sheer pleasure to browse for new free books on PG, and I’m coming back to the site every week.

I bet you are not aware of some of the tricks listed below. I’ll be adding new ones gradually, so stay tuned: get free updates of Ebook Friendly by RSS oremail. Let’s also connect on Facebook and Twitter.

2. Send ebooks in one click to Dropbox and Google Drive

3. Get complete works of popular authors

4. Get new entries via RSS feed

5. Get new entries via email once a day

If you appreciate the books by APG author Valerie Douglas, you may be interested in this:

Read all about it here.

Just a reminder about the free books by four APG writers that will be available from the 14th until the 16th of September:

The coming storm by Valerie Douglas

The Shadowbearer by Terry Simpson

Have you made your choice yet? Or are you going to get all of them?

Several writers from the Alexandria Publishing Group will have books for free over the weekend from September 14-16.

The coming storm by Valerie Douglas

Elon of Aerilann, Elven advisor to the High King of Men, helped negotiate the treaty between Elves, Dwarves and men. He suddenly finds that fragile truce threatened from without by an unknown enemy and from within by old hatreds and prejudice. With the aid of his true-friend Colath, the wizard Jareth and the Elven archer Jalila, he goes in search of the source of the threat.

Ailith, the Heir to Riverford, fights her own silent battle. Her father has changed, but her quest to discover what changed him puts her life and very soul in danger and leaves her only one direction in which to turn. Elon.
To preserve the alliance, though, Elon will have to choose between his honor, his duty and everything for which he fought.

A story about a little person in a very big world.

Magnus Mandalora never thought he would leave the safe confines of the small homely village of Lower Kertoob. He certainly never expected to end up in the middle of a long-running war between the saintly Cherines and the beastly Glurgs. But when circumstance places him in such a dubious position, he finds himself on a rollicking adventure where nothing is quite as it seems.Magnus Opum is an epic fantasy that’s slightly skewed – Tolkien with a twist.

The Shadowbearer by Terry Simpson

Knight Commander Stefan Dorn, leader of the Unvanquished, has known only war, death and, victory. All in the name of his loyalty to King Nerian the Lightbearer, a man he idolized.
Until now.
Everything he thought he knew about the King, his people, and his world is coming to an end. At a time when there should be peace, he’s once again called to war.
Torn between shocking changes at home, his family, loyalty to his men and his King, Stefan wishes only to enjoy life away from the battlefield. But with the new campaign comes a rabid, unforgiving enemy and a potential cataclysm.
Follow him as he fights to save his family, his people, his honor, and his birthright from the grips of the shade. Can he save them all? If not, which will he choose, which will he lose?
The Shadowbearer is a rousing and engaging prequel to Etchings of Power and a worthy addition to the Aegis of the Gods series.

Crystal isn’t sure what to think when she learns that she’s married to and has children by Mars, the God of War. She knows that she’s not giving him up to his ex-wife, the Goddess of Love, without a fight. Venus has other plans, though, and the goddess and the mortal woman square off.

On June 1st 2012, the Alexandria Publishing Group, of which I am a proud member, was officially launched.

To celebrate this, my book “The Devil’s Diary“, will be FREE for Saturday June 2nd 2012 and Sunday June 3rd on Smashwords.com. Follow this link to download the book. The whole team of the Alexandria Publishing Group hopes you will enjoy this book, and all the others that are free for the launch weekend.

On Saturday June 2nd, Hilda – Dragon Master will be free as well. And on Sunday, June 3rd, Bactine is free on Smashwords.

Werehunter is an entertaining collection of short stories and the occasional novella from the hand of Mercedes Lackey. The diversity of the subjects and environments of the stories is quite broad, which makes every story a surprise.

There is not much more I can say about this book, as there are many stories in it. If you like collections of short stories, this is certainly one to look for. And the good thing is that you can get it for free at Baen Ebooks.