Do you know the answer to this question? Can a horse hear a dog whistle? If you have an answer I will tell you it’s the wrong one. Dogs don’t whistle. And if you figured out this way of looking at the question I’ll tell you that the question actually refers to the fact if horses do or don’t hear the sound of a whistle that is used to signal dogs.

While the English language stays away from long words by splitting them up, there are also words like Pneumonoultramicroscopicsilicovolcanoconiosis. Of course all native English speakers know that this is “an artificial long word said to mean a lung disease caused by inhaling very fine ash and sand dust.” (According to the Oxford English Dictionary.)

So long words exist in English. Go on. Give it a try. Get some free-range-eggs instead of free range eggs where no one knows if it’s the range that’s free or the eggs.

(This post came to life courtesy of a Facebook exchange I happened to discover. Now I go back to writing for Nanorwrimo.) 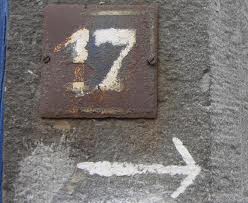