Quite a while ago I started helping a friend who wanted to improve her writing. We started co-writing a story that had some interesting concepts, and suddenly real life interfered after which she had to bow out of the project. I picked up the idea (with her consent) and started working on the story myself.

The original story we started was in Dutch, for me quite an experience because the 20+ books I have out there in cyberspace are all in English. As I worked on the book I thought it a challenge to also write it in Dutch, so I basically wrote the book twice. The difference of writing in English and Dutch was revealing, and I am very happy I could fall back on a nitpicking Dutch friend who scrutinised the Dutch story. Well, the stories are both written and I am working on putting the Dutch version in a presentable format. 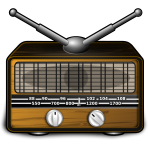 I mentioned this on a few social media, and then to my surprise I got a note from someone who might be interested in talking with me about this book on his local radio show. That, dear reader, is something I had never expected (even if it doesn’t actually happen).
Life can throw some very unexpected options at you, as long as you dare to step out and show you’re there for them.

The Dutch version is completely done and I’ve sent it to a Dutch publisher for evaluation. I don’t know if it will be published by them but you’ll find out about it when that happens. And of course, the English version will be done as well (although I doubt that will be mentioned on a radio show!).