Have you heard of alot? If not then I hope you have amoment to read this post. Alot is creeping into the words of the world more and more. More than ayear ago this already happened. When I first encountered it I thought; “Alot is not aword.” But the world proved me wrong. Alot is here and it looks as if it’s here to stay.

And as we’re on the subject of alot, maybe we can have aword about more improvements and speed-ups to the English language. Why don’t we remove the space between ‘the’ and nouns as well? Then we can talk about thebook and thewriting process (or even thewritingprocess) which should make the many supporters of alot alot happier. 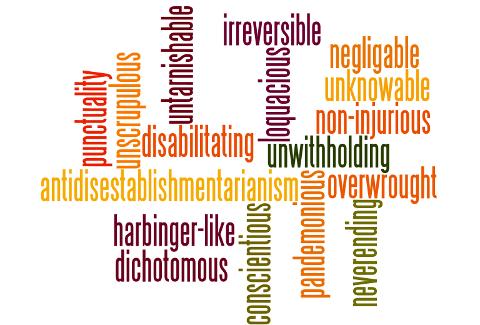 Don’t worry about getting long words like theinstrumentarium or therailwaystationmanagersoffice. You’ll get used to that soon enough, and your language could do with a few longer words. Dutch and German have a great history on that, although I have to admit that thehabit of that is falling apart as well. Some people can actually confuse me by breaking up theword on thesigns they put up. Then I don’t know what they mean and that is very annoying.

For example afew days ago I saw asign that announced “free range eggs”. In Dutch this would be one word. Or two. Depending on the meaning. The way it was splattered on thesign however gave me the options of ‘range eggs’ that were free or eggs coming from ‘afree range’.

And here is theproof (in Dutch) that even shops are scared of creating proper words these days. This is exactly how I saw it on thesign. Theway to write this correctly would be ‘vrije-uitloopeieren’. I am sure there will even be Dutch people who will stare at this in surprise and disbelief, but TheDutchWikipedia agrees with me.

So don’t worry, dear Englishspeakingpeople, there is no problem with thelongwords (I’m really getting thehang of this!)

So now go out and assemble alot of thewords that can go alongway. I hope I handed you athing or two to ponder, and whenever you see alot written down that you will remember thispost (why not?) where I explained thebenefits of alot alittle!