Imagine an alternate universe, reserved for characters in books. And in that universe there’s a bar where they can all come together. What would it be like? In this blog post I’ll try to give you a glimpse of such a first occasion…

The place was rather empty. Behind the bar were Billow and Willow, who usually ran the tavern in Sunrise. “They’re late,” said Billow. His wife reminded him that some of the guests had to come from far away, and that the witch and her wizard had their own time table.

The door opened. “Ehm.” A reptilian-looking woman peeked inside. “Is this the backroom bar?”

“Reny, it has to be,” said Sabas who pushed the door open wide.

“Welcome,” Willow said as she came from behind the bar. “Find a seat. Can I get you anything to drink? I’m Willow. There’s Billow. You’re the first ones here so your round’s free.”

“Willow…” Billow didn’t like his wife’s generosity too much. It was bad for business.

Slowly the bar filled up. Eric Paul Carmichael and his wife Sandy came in, relieved that they were out of their spaceship for a while, followed by Clara in her red dress and Ron, the man who’d initially painted her. “It looks nice here,” said Clara. Ron complained about the smell, to Willow’s dismay. She assumed  it was the stew she was preparing but Clara told her not to worry. “If he doesn’t smell paint he’s not happy.” 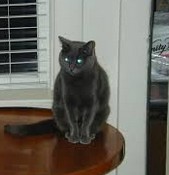 Then a cat came in, followed by a young woman carrying a bunch of paper. “Frankie, get off that table! I’m so sorry about that,” the woman apologised.

“Don’t worry about that,” said Willow. “We’re used to cats.”

Slowly the bar filled up with people and creatures who found places to sit, things to drink and others to talk to. The main topic was of course all the situations that their mental father put them in.

Ron: “Can you imagine how odd it was to end up inside a painting?”

“What? That’s weird.” Sabas scratched his head. “I got the better end of it.” He reached for Reny’s hand and had to explain how he’d gotten the strange skin. By the time he was almost done, Hilda and William came in. Obsi and Grim were with them, who joined Frankie on the table. It was as if the three had arranged to meet there.

Billow waved at the witch. “Coming right up and you’ll love this. The real deal.” The wicked witch watched him make a serious mug of coffee and asked William if they could have such a machine at  home.

The wizard said they could but… “We don’t have electricity to run it on so it would be just a waste of space.”

Hilda agreed. “The kitchen probably wouldn’t take well to it either. It’s too different from what we have.” She took the cup from Billow’s hand and smelled. “Hmmm. It’s different.” The witch frowned. “I think I’ve gotten used to what you make, wizard. Billow, better give me some tea. I have my personal coffee wizard with me.”

All characters mingled and chatted, exchanging ideas and problems they’d run into. Everyone had wonderful advice for the others, but the problem of course was that in the world of Sabas and Reny, magic didn’t exist, while for Ron and Clara the concept of huge Walkers and fights with Lergesh were impossible to grasp. Despite all their differences they got along fine, and the time to go home to their own homes and stories was there before they had scratched the surface of their accounts.

As Willow and Billow stood near the door, everyone said goodbye and promised they’d do their best to come back to the backroom bar another time.