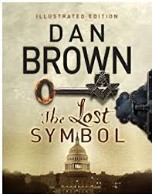 I very much enjoyed this book. The Freemasons are prominently displayed in this story, which I like. I’ve also been to Washington D.C., so I recognised several locations. That brought back good memories.

If you like complicated plots, you can’t go wrong with this book.

The Time Traveler’s Wife by Audrey Niffenegger
My rating: 5 of 5 stars

Whoa. What a read. So impressive.

I understand that many people have difficulties reading this book as it’s not a linear read. Time travelling isn’t linear, it takes you from place to place but also from time to time. If you can’t deal with a book jumping around the clock and the calendar then this might not be for you but…

If you like such books… this is certainly a book for you to enjoy.

Henry and Clare aren’t your usual couple. Their relationship is endearing and the school example of “it’s complicated”. I shan’t spoil anything more for you in that respect.

The book is well-written and has a great pace. There is a lot of character backstory but not too much. I really got to know the main characters and enjoyed living with them during the read of this book.

You may not know this writer. Ursula Visser is Dutch, like I am. And like me, that doesn’t stop her from writing in English. 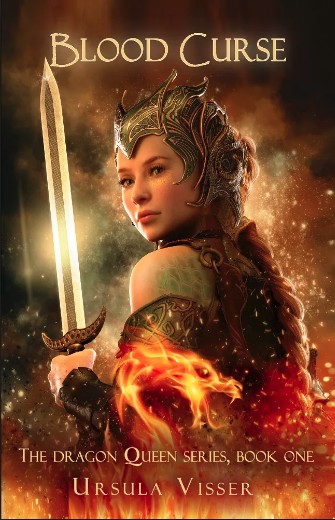 I found it a well-written book with lots of speed. The characters were interesting and some of them quite stubborn (which is a good thing). In this book we meet the main character, Mara. We also meet dragons (which, seeing the series title, isn’t a big surprise).

Adventures are stacked on top of each other, mixed with surprises and revelations that Mara couldn’t have dreamed of. Near the end of the book there was a surprise I hadn’t even dreamed of. I can recommend it. If you are interested in learning more about Mara, you can find the e-book at The BlackSheep Indie website.

A few days ago I finished reading a book by Naomi Novick called ‘Uprooted’. The title was provoking enough for me. It is totally different from her Temeraire books but amazing in its own way. If you like magic, good characters, wicked evil and plots in plots, this is a read for you. 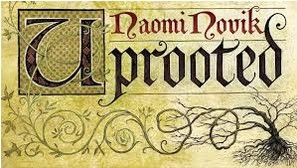 Next: Nanowrimo. Going strong and Baba Yaga is meeting more and more people. I’m still trying to find my way into getting her into the adventures she’s already mentioned but the story isn’t in a hurry. I hope that’s fine with you as you will have to read through all of that. I promise you it’s not boring though!

So far I’ve done 105 pages of the story and it’s going strong. So much for this update, I hope that next time will have something more interesting. Let me leave you with this snippet from the Baba Yaga story:

The wagoneers had a fast way of doing things. While the first half went for food, the other half dealt with unloading things that would stay in the town. Those were only a few crates and boxes. By the time they were done the other half was done eating and the unloaders went to eat. Supplies were bought and stored. By the time that was done everyone was ready to leave. Bearskin man, who introduced himself as Alexey (“Call me Al”) told Baba to get up on the driver’s seat of the first wagon. He grabbed the reins of the horses and climbed up as well. The other wagoneers gathered around and watched as he explained Baba how to guide the horses. “Slowly does it. They do the work. Just make sure you don’t jerk the reins.”

Babs felt quite insecure at first and at times wondered if she should throw in some magic to keep the two horses under control, but once she had figure out the movement and the way to steer them, the animal almost moved by themselves. “This is fun,” she said in the end.

“I know,” Al said. “And you have a feel for them, I can tell. Dolopov will be pleased to learn that a cute girl is taking control of his wagon.”

Al nodded. “It’s from up north. He is too. Now turn this thing around, get us back and then put the wagon at the front of the line again.”

That of course was easier said than done but with some tips and tricks from Alexey she managed it. When the wagon was ‘parked’ Babs felt some sweat trickle down her neck. “That was… interesting.” Al praised her though. He said it was some fancy driving she’d done, which wasn’t bad for a newbie.

“Where are you heading to?” Al asked after they’d climbed down from the wagon.

“I’m not sure. I’m on an adventure journey,” Babs said, sticking to the truth. She realised her reply sounded strange. 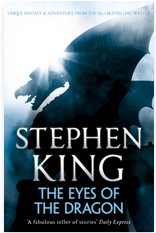 “The Eyes of the Dragon” was suggested to me by a very dear friend. It was an excellent suggestion. Dive into this book and meet a story teller who delivers to you the story of a king who slays a dragon and what happens to his two sons after he died.

“The Eyes of the Dragon” is a book by Stephen King who also wrote the Dark Tower series. This is definitely a different class of writing, one that appeals to me. A fantasy story / fairy tale he wrote that’s rich in views and characters. Definitely something to read if you like fairy tales. 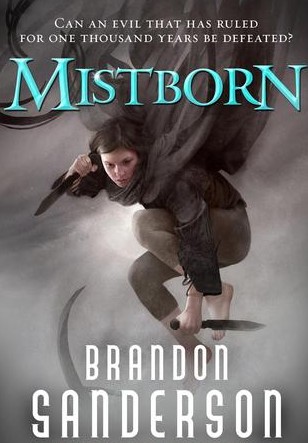 This was a big book. Big in size and big in surprises. I discovered surprises behind many a corner, and each flip of a coin (yes, this relates to the story in so many places) bounced me to new places and allowed me to meet new characters.

The only thing I sometimes wondered about while reading this book was: would it be possible to convey the same information in this story with fewer details. I think that is what turned this book into such a long one. Don’t get me wrong: the book was never boring. I just wonder about this as I am a writer who tries to keep as many details away from people. I think it’s good for the reader to develop their own interpretation of a world, a building or a person.

This is a difficult book. Very difficult. That makes it all the more worthwhile to read.
Dystopian? Check.
Cyberpunk? Check.
Threatening? Check.

This book is loaded with genetics, manipulation, history, views and visions, hopes, dreams… you name it and I probably found it somewhere.

All of this and also the background of each character is intriguing and takes you on a trip through a Bangkok you’ve never seen before. I think that’s a good thing, although having a peek at a Megodont would be amazing. It’s difficult to say much about this book without giving things away. If you like a peek into our possible future you need to read this. Again, it’s not an easy book if you really read it. 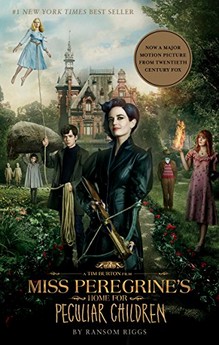 A peculiar book. Very much so. At first I found the book was very slow in picking up speed. Perhaps it was necessary to solidify the background of the main story but I feel it could have been done a bit quicker considering it’s not a very long story. That’s why I cut off half a star.

All in all however it was a very interesting and engaging story, painting a remarkable (peculiar) world inside our world. An enjoyable read for certain.

Note – there be spoilers and such after the cut, so proceed at your own convenience…

END_OF_DOCUMENT_TOKEN_TO_BE_REPLACED

This book had my attention from page 1 until the end. Reviews had already prepared me for something good with their references to Firefly. They were right.

The story takes us on a journey along the stars and through worm holes that are being made while we travel along on the Wayfarer. Meeting all the crew was a wonderful surprise (I fell in love with Kizzy, tell her ‘hi’ if you happen to meet her).

If you like adventurous science fiction with humour and a big slab of Firefly feeling then this is a book you shouldn’t miss. 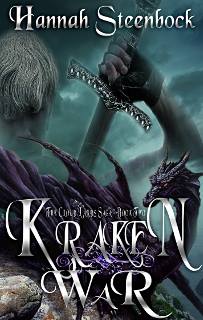 This book is the sequel to Dorelle’s Journey. We meet fierce dragons and their strong (and not so strong) riders.

Their world is plagued by Kraken that attack fishing boats and the many wings of dragons are needed to beat them off. Who is behind those attacks? And why are two dragons plus riders suddenly gone?

Read this book and you’ll know.