Yes. Reading is important. That’s not because authors and publishers want to sell more books (of course they want that) but because it is a beneficial training for the brain and therefore a good influence on a person’s development. 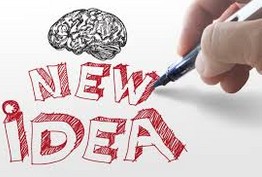 New words are important because the world evolves, changes. Everything is named and reading is a great way to get to know these new things that are developed.

New visions and ideas keep coming up. These are described with, exactly, words. Often complicated words. If someone’s vocabulary is limited to ‘and then I like, ehh, like, you know, sort kinda dug it‘, there’s a good chance the basics of new visions and concepts go totally over a person’s head, simply because their vocabulary is too limited to understand what’s being said – or written.

Try to explain the concepts of Plato’s philosophy when you’re used to scribbles like what you see up here. Or Newton’s laws of physics.

Would Einstein’s relativity theory (E=MC2) be adequately described with “When you go like real fast and things go like real slow“?

This makes a simple thing like reading so important.  If you can’t explain complex things, how can you invent them? It’s brain training. Even if the reader doesn’t even actively look up the word (s)he doesn’t understand, if those words come back often enough, their meaning will become clear (up to a certain point) through the contexts it appears in.

So yes, reading is important.