The incredible has happened. Okay, maybe not so incredible.

Last year in November I participated in Nanowrimo. I started 2 stories, a Dutch and an English one. The English one, about Baba Yaga, is now done! It has taken a while but it is done. This story will be a companion book to the Hilda-series.

This story threw me a few difficult passages to get through, which is one reason it took a while. Of course there also was Hilda 21 that had to get done, and real life happened in between. Or In Betweeen, but that’s something for Hilda 22. You’ll find out about that in due time. That also has something with special butterflies, but I won’t confuse you with that just yet. 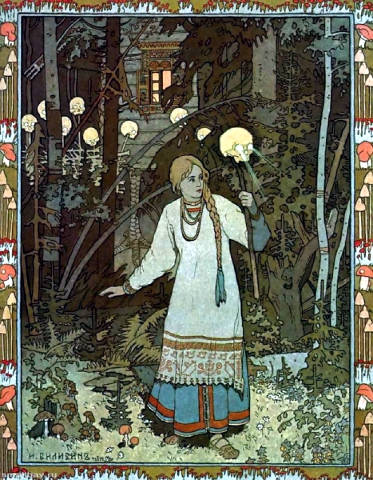 For now I’m glad that Baba Yaga’s story is done. You’ll meet Papa Yaga again, and Mama Yaga, and a few shop owners. And nomads. And travelling salespeople. And much, much more. And before you get your hopes up: no butterflies.

A word of warning: don’t expect the cheerful banter that you encounter in the Hilda books. This story has come out much darker and more serious than I’d originally thought. Still it makes for an interesting read. I think. Well, I hope. I’ll let you be the judge of it once the book is ready for prime-time. This will take a while because all I have now are over 70,000 words in a first draft. They need to be tamed, reordered, spells have to be checked and perhaps bits of universe have to be moved around, but that’s all in a day’s work for a writer.