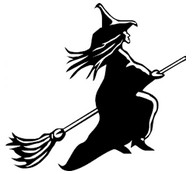 Yes. Hilda 20. Book twenty in the continuing saga about the wicked witch.

We’re going strong, my editor Carol and I. Most chapters have been ‘processed’ already and it looks as if we can keep this up.

I know all Hilda fans are waiting desperately for more news and adventures. Trust me, we’re doing what we can but there are only so many candles in a box. I mean feathers on a bird. Ehm… hours in a day perhaps? That sounds more likely.

Since there is not a real, clear publication date for this book, I decided to show you a little part of the cover image. I understand that this is not what you’re waiting for but I promise you that this bit is better than the backside of it (which is basically a white square and for that kind of boring). 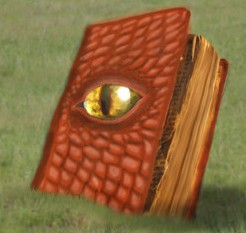 How would you like it if a book was looking at you?

Yes. This book also exists in a raw form. I’m currently reworking the text and at this moment of writing I have finished 4 chapters of it.

There’s not much I can show you of this book unfortunately. Perhaps this is exciting:

Hmm. I guess not. At least you can see there are 33 chapters in this book. (Hilda 20 ‘only’ has 27.) I’m not done pondering the cover for this book but there’s still time (and a lot of work to be done). Let’s first get book 20 out there!

Yikes. But yes. I’m working on this one also since the witch won’t leave me alone. As I may have said before, Hilda 22 will bring a dramatic change. I went out on a limb trying this. I’m a few chapters into the story now and I have a trusted alpha-reader (someone who gets the chapters as they’re produced). She told me this is very, very beautiful.

So there you have it. I’m working on 3 Hilda books at the same time. Who’d have thought that when I wrote that first short story about a witch with a big mouth…

One thought on “Magic, witches, Hilda.”