I’ve been silent during this past month. I had aimed to write a new story, this time in Dutch. A story indeed happened but it was not what I had planned. Because, yes, I had planned this thing. In the first chapter the main character started doing everything wrong and in the second chapter he made a total mess of it. This was a sign things weren’t going according to my plan. I know, I should not plan stories because the characters know better.

Still I persevered and I wrote up to 60,000 words. Plenty to get me over the Nanowrimo finish line of 50,000. It left me with 60,000 words that are basically 3 parts. A story that doesn’t work, an addition that’s solely there to get to 50,000 and a last bit that was bolted on to keep going. At some point in the last week I thought: “Sod it.” The story wasn’t working, made no sense, fell apart by just looking at it. I made a ZIP archive of all the text and decided to bury it. 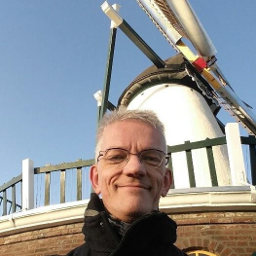 The alien race I created kept playing through my mind.

I knew I had to do something with them. Thought kept running around and suddenly I was thinking about wind mills. Here in the Netherlands we have lots of them so they might be a good topic to write about.

Aliens and wind mills? Why not?