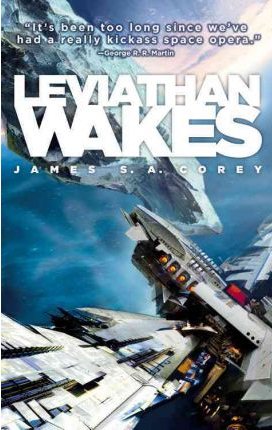 Leviathan Wakes is the first book in a science fiction series. It’s on television as a series called ‘The Expanse’. As usual if there is a book I don’t watch it on television.

So what’s this book about?

We are in an age where Mars is colonised and also many rocks in space, known as The Belt, sustain life in some form or other. A detective, a space ship commander and a man who is involved in a rebel organisation called OPA meet in circumstances that are able to plunge all inhabited places in a war. The discovery of a strange matter makes everything even more complicated as there are parties who want it and who will go to extremes to have and keep it.

The book was a fascinating read, nicely detailed and all the people in the story really came to life for me. That’s the best kind of reading. It’s as if I watched on television, only better.