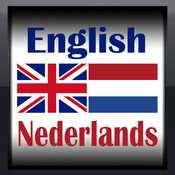 As you may know I write in two languages. English and Dutch. Usually not at the same time, but sometimes it happens. Now (not as in at this very moment, but lately and still) I do that. I write in Dutch and English at the same time. This is because of the sequel to ‘Wanted: hero‘. Yes. There will be a sequel. I wrote most of the draft text during last year’s Nanowrimo. In English. And now I am writing the text again, in Dutch. No, that’s not merely translating, it’s literally writing it because of the many difference between the two languages.

Word play, double meanings, expressions, those are language items you don’t simply translate. You write them again. This in turn means that I rewrite much of the English text again as well though.

Question from a fictitious reader: how does that happen? Didn’t you already write the English version?

Answer from the writer: yes, I did. I wrote the English first. I write the same sentence or paragraph in Dutch, which makes me think about the sentence and remodel it to Dutch style, grammar and spelling. Occasionally the sentence will come out much better in Dutch than in English which in turn makes me adjust the English sentence so it’s more like the Dutch one. And voila (which is French and means look there, since we’re on the subject of languages anyway), the English is rewritten.

I have found this a fabulous way to duplicate a story into Dutch. It makes me reconsider the English original, which in turn can make me change both English and Dutch a few times before it’s just right. Things like that take time. Lots of time. But in the end they’re worth it.