Allow me to present to you the cover of the next book that will appear: 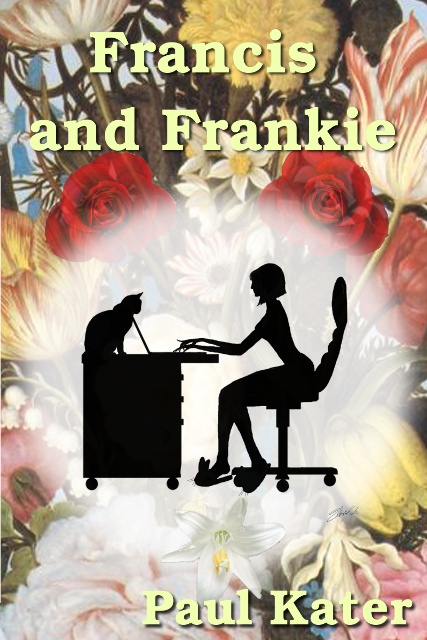 I probably won’t surprise you with the title: “Francis and Frankie”. (Although for a while it might be “Frankie and Francis”.) I’m going a different road with this book and I’ll see if I like it. (Do you notice I don’t take your feelings about this into account? Good.) Today is the showing of not only the cover but also the first chapter! And the book should see the light of the e-book stores next weekend. I’ve decided not to wait for the paper version to be done this time. That is a lot to process I guess, even for me, but somehow, together, we’ll get through this. So, if you are ready for more, do click the following link to catch the first chapter!