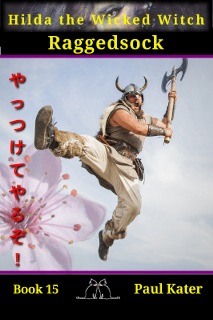 Last week you were exposed to (or treated to) the cover of the latest Hilda adventure. It is now my pleasure to hand you the first chapter of the story. I really hope you will enjoy it! (And if the title of this chapter reminds you of an ancient Western series, that would not be coincidental.)