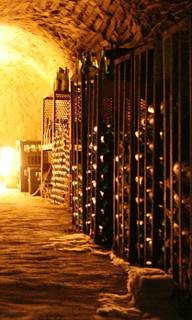 In the Netherlands there’s a saying “Old wine in new bags“. I discovered that the English equivalent would be “Same meat, different gravy“.

Why do I bring this up? At one moment it struck me that story telling (or writing) is in fact the same thing. There are a number of concepts and ideas that we can write about. The more popular ones are the ones most used and those are the old wine, the same meat.

This is what presents the biggest challenge for a writing person. How do you pick that concept or idea apart and present it in a new, inviting way? Inventing a new environment, creating a new ‘world’ with new people is one of the ways to do this, but what if we’re talking about a series of books, like the Hilda the Wicked Witch books? There always is the common factor of Hilda and William appearing. Sometimes Baba Yaga appears, and lately it’s also Hilda’s sister who chimes in here and there, but the world they inhabited remains the same. It’s Fairyland with it’s fairy tales. I think it’s fascinating to delve deeper into things. That is why I don’t limit myself to the stories of Hans Christian Anderson, the brothers Grimm or the other more or less famous fairy tale writers. Every culture has its stories, legends, myths and fairy tales. Going into them and finding out about them, showing you, the reader, how they make their old wine and how that’s treated, that’s one of the big delights I find in providing a new bag, a different kind of gravy.