Welcome to another post in Weird wordification. This time I want to talk about something real that’s really not so real as it might look. 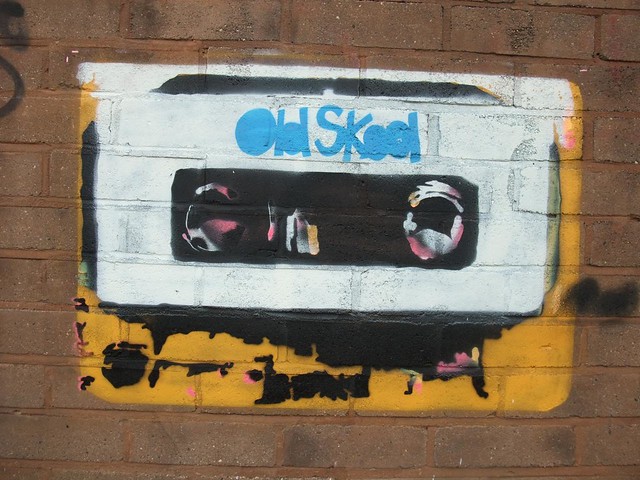 Probably everyone has heard the expression Old Skool. A reference to days gone by where walkmans (MP3-players with cassettes) ruled the street view. When there only were dumb phones with smart users (which doesn’t mean that smart phones nowadays have dumb users – have you ever tried to use one of those? Smart phones, I mean, not their users).

I am from that era. Actually I am from before that era, so one might call me ancient skool. Were it not… that I object to both these expressions. And why do I, you wonder?

In old and certainly ancient schools people learnt how to spell correctly. Old skool would have been properly named Old School back then.

Of course, my objections are overruled by the rest of the world, and I understand that. Old Skool is a modern expression, it bears no relation to the spelling taught in old schools. Is this something that casts shadows over ‘our’ language? It seems to happen.

A while ago I had an interesting discussion with someone from America who claimed that ‘b4’ is exactly the same thing as ‘before’. I tried to convince him that this is not an absolute truth, because I (being Dutch) first interpret this ‘b4’ as ‘bay veer’. French people may interpret it as “bay kah-tr”. Trust me: “bay veer” and “bay kah-tr” in either language has nothing to do with ‘before’. It’s all fine for everyone whose native language is English. Or people who’ve been subjected to this kind of acronym or shorthand long enough…