You may know my habit of doing odd things with words. Today I had an encounter with an expression that probably every American citizen has encountered (and many more people around the world as well). 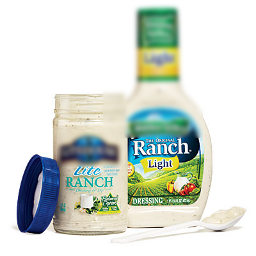 These words appeared with someone holding a bowl. Immediately I wondered if that one bowl would be large enough to contain enough fabric to dress an entire ranch in it!

I delight in little things like that. My mind makes strange turns and finds the strangest paths behind words, thus finding hidden meanings behind them.

The next thing I thought of was: how would one go about to dress as a ranch? Unfortunately the interwebz did not have an answer for that, so I just assume it will involve a lot of wood that one fashions into a portable version of a ranch. That, sandpaper and a good lick of paint on the inside to prevent splinters. And suspenders. One needs suspenders to move about while dressed as a ranch.