It is with great pride and after a lot of work that I am proud to show you the cover of a book that’s been in the works for over 2.5 years. A Girl Named Sandy originated in Bristol where I dreamed about the story one night. I tried to ignore it, but the second night the dream came back, so I had to write it to get it out of my head.

And now: the cover! 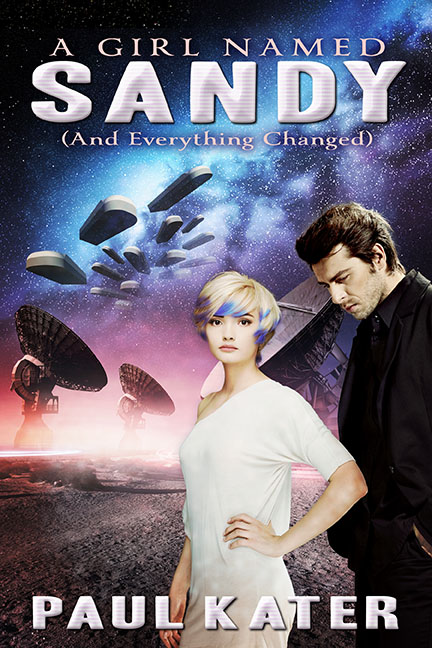 When Paul Eric Carmichael, an older British astrophysicist, meets Sandy, a young girl from the United States, his life goes overboard in more than one way. As he tries to make sense of it all, he learns things about aliens and their mysterious devices. In his work he faces challenges as well, because what are those strange flying objects that seem to be heading towards our solar system?

Next week, on the 22nd, I’ll give you the first chapter, and the book will come out the week after, on the 29th.