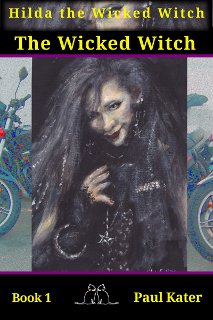 After a lot of consideration and even writing about it on this very website, I’ve “gone and done it”. I spent a considerable time on a rewrite of the very first Hilda the Wicked Witch booklet. It’s currently available through Smashwords and Amazon.com already, it will trickle down to the other stores in due time. The new edition first has to go through quality control with Smashwords, which I expect should not be a problem.

The basic story remained the same, I didn’t change very much (as the story itself is rather good, I dare say, I have over 90,000 downloads to back that up), but Hilda’s character has changed to the witch we know now, and also the language had a make-over.

Next step: have a look at Hilda – Snow White revisited and see if that needs some tender loving rework. Next to writing Hilda 12 of course!