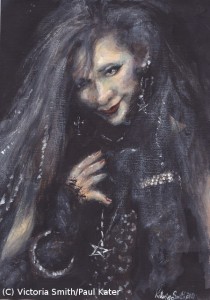 You may like to know that edits on the new Hilda the Wicked Witch book (the 11th already) are going well. My editor, Carol, is taking good care of the crappedy crap that I put in the texts, so many thanks to her and her patient work!

More news from the same witch is that I have started writing the 12th book. It’s not far, fast and furious – although the latter might happen sooner than I expect, after all this is about Hilda – but every beginning is a good one. And despite all that Hilda’s done so far, the new book might be called “Extreme”. I hope this promises something good!

Reminder: don’t forget the first anniversary celebration we have at the Alexandria Publishing Group where you can win wonderful prizes!

One thought on “A wickedly witching update”