I shall be engaging in a number of interviews with independent authors. May you find these informative, entertaining, and perhaps even inspiring to go out and locate their books!

This interview is with author David (D.J.) Lowbridge. 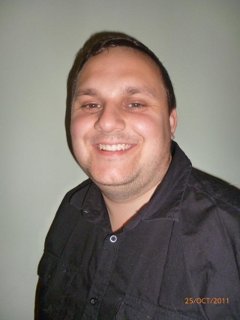 Dear David, can you offer us a little insight into who you are?

I’m a Science Fiction, Paranormal and Supernatural author from Essex in the United Kingdom. I am married with two gorgeous children and a house overrun with animals. And when I am not looking after my monkeys or the pets I am often found crabbing. There is a perfect little crabbing spot less than 5 minutes walk from my house (picture below), as long you don’t mind being hassled by the ducks and you go down at low tide. 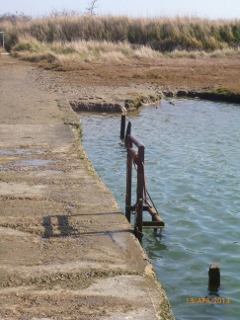 Originally I wanted to work in the recruitment and personnel industry and studied hard earning a degree and masters in Management specialising in HR and Marketing. After university I worked a number of roles, mostly temporary positions but also ran my own CV writing company for two years. But in the end I was bitten by the writing bug and had to let the voice inside my head tell the stories it wanted to.

What is the reason that you started writing? When did you start writing?

I made the jump into writing while I was on holiday in the middle of Norfolk. It was raining and was sat twiddling my fingers wanting to get out to a beach. Suddenly an idea for a series came into my head. As soon as I got home I sat down and hammered out the novel onto my computer. Unfortunately I have yet to publish that story, but you never know it may be in a while, if I ever got round to re-writing it.

Are you writing under a pen-name, do you use your own, or is your work out in both ways?

I publish under the name D J Lowbridge. Lowbridge is a relatively unique surname and D J just sounded better than David to me.

If you have published one book so far, what aspect of it do you like best?

My only release was a collection of short stories. The best story was certainly “The Prey”. The antagonist in the story was just such fun to write for that I have actually created a spot for him in my upcoming series and done a guest post where I share a cup of tea with him.

I loved getting my first review. The idea that my book touched someone enough for them to write a review is amazing. I was buzzing for days after that.

Naturally, after the best book, what is your worst, if there is one? And why do you feel that way?

I can’t talk about the worst book. But in my short story collection, the worst story for me was certainly “The Visitor”. I don’t think it had enough of the emotional draw that the rest of the stories did. It was a story based on an actually conversation I had with a US serviceman who was stationed away from his wife, but I don’t think in the end the story was as suited for the collection as the rest. However saying this; I know a couple of my beta readers who loved that story and thought it was the best.

How do you think your writing has changed over time? Did it change at all?

My stories have become a lot more complicated. Often I now hide clues and hints at what is to come in the most subtle manners whereas before my stories were very straight forward. One of things that have not changed since I started writing is the idea that no character is safe from the chop. Even lead characters are living on borrowed time in my books.

And can you say that writing has changed you?

I work a lot harder than I use to. Normally I am up at 5:30 – 6:30 in the morning and don’t finish until about 10pm. Whereas before when I worked in an office I would get home at about 7pm and that would be it for the rest of the evening. At the same time I feel happier about what I do each day. To me, writing is much more fulfilling than anything else I have done.

What is the most daring thing you ever did or tried in your writing? In which book did that happen?

In ghost haunts I tried to incorporate a lot of “real” ghost stories and myths into as many of the stories I could. It is especially risky on some of the more well known stories because giving the legends justice is a priority, while also making the stories entertaining for the casual reader. If I didn’t do both then people who know the myths could easily pull me up on that and if it wasn’t entertaining enough… well we know what would happen there.

And, if your feel up to it, what is the most daring thing you ever did in your life? Feel free to skip this one, not everybody is up to revealing much about themselves…

I was a little bit of a daring person when I was younger. I’ve done paragliding over jellyfish infested water and I was also in the military for a couple of years and I did some pretty amazing stuff during my time. But during my later years I have mellowed out a little and about as daring as I do now is go crabbing, which is very enjoyable. My mother on the other hand would say that I am not so mellow nowadays as my daringness has moved away from sports to keeping and handling exotic animals. I have been bitten a couple of times; but I don’t consider it that daring, I guess it is all about perspective.

Is there something you still want to have a go at, in your writing life? Is there a challenge you envision that’s worth pursuing?

I want to write a good series. I am currently working on an open ended series which I feel is going to be great. It is a cross between the X-files, Warehouse 13 and Supernatural.

Has your writing ever been compared to the writing of another (perhaps even famous) writer/author? And do you like that?

Never. However I wish it would be.

Do you have one or two favourite books (written by someone else)? If so, what are they, and why do they appeal to you so much?

“Song of the Fairy Queen” is a good book. It was also the first one I reviewed on my blog when I started ‘coming out’ about my writing. A really good series is India Drummond’s Faerie series. The details are excellent and the storylines make you cry out for more. Unfortunately I haven’t read the fourth book yet, but I plan on doing that sometime soon.

Which book you ever read would you label as least readable book, so far? Feel free to comment as liberally as you want to the why.

There was a book that I reviewed on my site that I just did not like. I won’t mention the name as it can upset the author, but essentially it was written in first person with almost every sentence starting with “I did…” or “I then…” and there was massive plot holes in the story that I was actually routing for the antagonist to end it.

Is there a book that you know of that should never have been published, in your opinion?

50 shades of grey. I know some people will try to shoot me for saying that but I started reading the first chapter (to see what the fuss was about) and failed to continue from there.

Is there a writer that you would love to co-write a book with? And what genre would you like to write in then? Something you’re familiar with?

There are a couple of really good authors out there that I would love to co-write a novel or short story collection with in the long term. The one that I think would most like to do so would be Lynn Ricci. Part of the reason for that is that we both write in the realms of paranormal and supernatural and this is what I would love to do with her. Also if you read her writing it is amazing. But at the moment I think I need to establish myself first before doing a joint venture.

Let’s see… is there something in the realm of ‘wise words’ you once picked up that you would like to share? This does not have to be limited to writing, there is more to life than writing. At least, I heard there is. 😉

“A man is made up of the darkest and worst moments, and destroyed when he takes nothing from them”. I can’t remember who said it, but it has always stuck with me. Essentially it speaks of learning from our mistakes or we are doomed to repeat them.

And as a last question, what is cooking with you? What’s your work in progress? Is there a tip of a veil that you can lift for us?

Currently I am working on “Entrapment” the first book in the Paranormal Investigation Team (PIT) open ended series. Currently it is in the first draft stages, but should be ready for release in the late fall or early winter. The series is focused around a military team that was set up to investigate paranormal incidences and protect the public from the supernatural. We join the team as they are given a new member who is very sceptical of such matters and has been inserted by a General who wants to shut the team down.

If there is anything else you would like to share, for example a thought, some promotion for your book(s), then here’s your chance!

I would like to say that if you like Ghost Stories and short stories then “Ghost Haunts” is a book you may enjoy. It is 11 short stories about contact from the other side. It is not traditional; not every single story is about being haunted, there are some lovely love stories in there and some stories to make you stop and think. 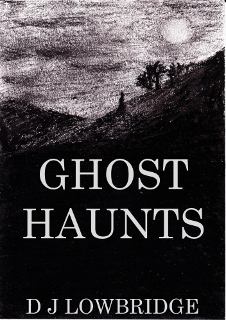 You can find David’s book Ghost Haunts on Amazon.com.

Thank you, David, for your time, and for sharing your words with us!

No thank you Paul for this wonderful opportunity.