This Monday’s Indie Promotion has an interesting twist to the language. It’s from Ireland May I present: 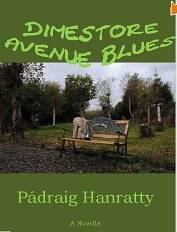 Ebook Short Description: Jesse believes that the future will be better. One day, he’ll make up for all his mistakes and achieve perfection.
That belief has sustained him for most of his sixty-five years. It helps him get through the bad times, those days when the brandy failed to drown the sorrow and shame. When sleep unleashed painful memories that refused to fade.
He still has some bad days as he lives out his autumn years in Dublin. But his worst days were in New York in 1976. After that city had nearly crushed him, he’d fled to Dublin, a broken man. But he was determined to rebuild himself, brick by brick, improving day by day.
Back in the 1970s, Jesse was a successful young ad man on Madison Avenue. He’d succeeded because he was willing, indeed eager, to do anything to advance his career. He’d endure countless dinner parties where cloaks and daggers dangled behind the wine and cheese. He’d sleep with anyone who could bring him closer to his goals. And he’d punch those who stood in his way. It all seemed like a good plan, right up until the day he brought a pistol to work.
For years in those offices and meeting rooms, they all thought they were kings, living it up in their high palaces of power. As it all fell apart for Jesse in 1976, he realised they were all just fumbling in the dimestore.
Throughout it all, his wife Clara stood by him. Until he finally pushed her away. She could see he was drowning and tried to reach him, but he just lashed out and ruined the one remaining good thing in his life. And then fled from the wreckage.
As the chaos whirled around him, Jesse found some solace in blues songs. He still listens to those songs now that he’s settled in Dublin. Some days, he hears Bob Dylan singing about a world that’s condemned, a world that needs Blind Willie McTell to sing at its funeral.
Other days, it’s Fingers Flaherty bawling about a life that’s crumbling in his hands. No matter how bad Jesse felt – and he often felt beyond terrible – he knew that at least his life wasn’t as fraught as Flaherty’s. And now that the storms have long passed, Jesse still often thinks that Flaherty is the only person who understands him.
Jesse’s life is less volcanic now. Instead of trying to shoot his work colleagues, he simply tries to avoid the domestic squabbles that clatter around him in the apartment building. He enjoys the company of his young neighbour Moses, a relentlessly unhappy cubicle rat lost in the maze of office politics. He learns to tolerate Bill and Tiffany, the volatile couple across the hall whose love for each other is so strong, it threatens to rip them apart.
Most important of all, he tries to build a meaningful relationship with Lucy, the widow in the next apartment. As they grow closer together and slowly reveal more of their memories to each other, Jesse feels the uncomfortable presence of the New York ghosts getting stronger.
Jesse knows he isn’t perfect. He’s made many mistakes and will probably make more in the future. Now, with the possibility of contentment finally within his grasp, will he be allowed one final chance to be happy? Or will the ghosts from his past once again refuse to lie down in their graves?

Where to find.
You can find this e-book on Amazon.com as well as on Amazon UK.