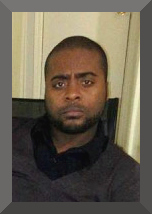 For a change, and for the start of this new year, here is something you might not expect. I am presenting the first chapter of a work from Christopher Hunter. (All with permission of course.)

Here is the first chapter of his book “The book of Lumis“.

CHAPTER ONE – THE BIRTH OF ARING

In the beginning the Great Metal Bird discovered our world. Now at this time the world was only a cold and lifeless ball floating in the heavens. The sky was the color of rust and the water was frozen. Violent wind raced across the surface unchecked and the air was made up of poisonous gases.

The Great Metal Bird floated high above the world and saw that it had great potential. Nothing could live in this place as it was, but the planet was at the right distance from its star. The Great Metal Bird circled above for thirty days and thirty nights, studying the planet and all of its crevices. She took measure of the mountains, the plains and the valleys; the depth of frozen waters, the speed of the wind and the underground activity; the length of the days, the temperature of the nights and the quality of the air.

After the thirty days and thirty nights, the Great Metal Bird was satisfied with her study, and she knew exactly what to do. She floated across the heavens until she was directly above what we now call the Canyon of Conception. Then the Great Metal Bird shot a beam of lightening from her breast that penetrated the planet to its very core. After the beam reached its destination the whole world trembled. The surface broke apart into countless fragments. The half of the world that was night glowed bright orange and the half of the world that was day grew dark. After some time the entire surface was a scalding globe of soup. A dark cloud had formed and covered every inch of the sky.

Then the Great Metal Bird dropped fifteen glowing balls to the world from her belly. The glowing balls penetrated the cloud and scattered evenly across the surface. Once the glowing balls had reached their place of rest they sunk to a certain depth, then they all detonated.

The world trembled once again, and fifteen points of bright light raced across the face of the planet at great speed. The lights did not stop until they became one.

Once the light had changed back to white it began to eat away at the cloud above. Some of the cloud fell back to the surface as dirt and some of the cloud remained in the sky. This went on for two days and three nights. After the third night, the light on the surface was extinguished and the cloud above had broken apart into countless fragments. The clouds in the sky were heavy and gray, and they began to release rain, cooling the still smoldering planet. After this the Great Metal Bird was satisfied and she rested.

Our world circled the star twelve thousands times, then the Great Metal Bird awoke from her slumber. By this time our world was divided into land and vast oceans. Both land and water was sterile. Above and below the surface of the ocean new mountains and plains and valleys had formed. Our world had settled into a new regulation. The top and the bottom of the planet had collected huge sheets of ice and both were eternally cold. The middle of the planet was favored by the rays of the star and it was eternally warm. The sky was very thin and barely held host to the clouds as they continued their cycle of forming and pouring rain.

Then the Great Metal Bird dropped a thousand pods to the world from her belly. Once the pods had dropped to the height of the clouds they separated and raced across the surface. The pods avoided the land and took rest only in the oceans. The pods sunk for a while, and at a certain depth they released their content. This content was the origin of life on our world. At first the content looked like a green slime, but after a while the green slime became animated as trillions upon trillions of microbes. The microbes spread throughout the oceans and began to multiply.

Our world circled the star a thousand times more, and now the planet was a different place. The sky was blue with the air we breathe. The ocean was salty with the water we cannot drink. And the land was turning green with small trees and plants, some we could eat, and some we cannot eat.

The Great Metal Bird, after waking up from a new slumber, released a new round of pods. This time seven pods spread across the planet. These pods also avoided the land to find rest in the oceans. The pods sunk for a while, and at a certain depth they released their content. This content was the origin of fish on our world. The fish were small, and they were already divided into various kinds. They were all predators. Some of the fish feasted on the creatures long established in the sea, and other fish feasted on the body of fish.

Now a few of these fish were very special, for they were not content to remain in the ocean. Some of these fish swam up the rivers and streams, and found new homes in the lakes and ponds of fresh water. Some crawled out of the ocean and hopped around on the beaches, where through time they grew arms and legs and lungs, and made a home for themselves on the land. Once on the land they scattered and multiplied, changing into different creatures. The rest of these special fish never ventured far from the ocean. They learned to live in both the water and on the land, and they multiplied, changing into different creatures as well.

Our world circled the star twenty-five thousand times more, and the life on our planet was fully established. The waters, both salted and fresh, were full of fish. The land was green with trees and vegetation. And creatures both large and small roamed across the land and flew across the sky.

The Great Metal Bird, after waking up from her final slumber, saw all of this and was very satisfied. Then the she descended from the heavens to the world and arrived at the place we now call Auluiliya.

(If you want to read more, there are more chapters online on Christopher’s website!)