Once again we live to see Monday, so I present to you today’s Indie Promotion: 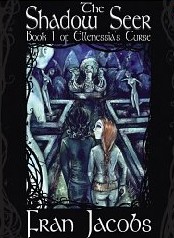 Ebook Short Description: For generations prophets have foreseen the birth of the Shadow Seer, the oracle of dark visions and fallen kingdoms. But by the time of Sorron, King of Carnia, their warnings have mostly been forgotten and his name is known only to a handful of scholars.

When Sorron’s grandson, Prince Candale, falls deathly ill, the Seer’s legends are brought to light once again by his saviour, a witch named Mayrila. She believes that Candale is the fulfilment of those long forgotten prophecies. She believes that he is the Shadow Seer…