It is Monday, and Autumn has arrived. A good moment for this week’s Indie Promotion: 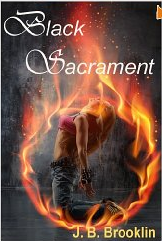 part 1 of the Creatures of Fire Serial by J. B. Brooklin

Ebook Short Description: It shouldn’t have happened. It was impossible. And still, she had seen him, although he was invisible to the eyes of humans.

Sariel Baldwin, orphan and niece of the New York banker Harold Baldwin, is just about to recover from the loss of her parents when she meets Alexander, a fire demon set out to avenge murder. She doesn’t know that her uncle is the focus of Alexander’s mission. And that is just the beginning …

The “Creatures of Fire“ Serial consists of five parts (each part between 40 and 50 pages):

Where to find.
You can find the e-book on amazon.com and amazon.co.uk, for your Kindle of Kindle reading app.