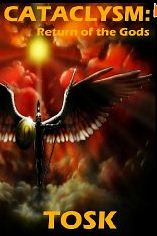 Ebook Short Description: Crystal isn’t sure what to think when she learns that she’s married to and has children by Mars, the God of War. She knows that she’s not giving him up to his ex-wife, the Goddess of Love, without a fight. Venus has other plans, though, and the goddess and the mortal woman square off.

Where to find: this e-book is available from Amazon.com. (Also as paperback.)