A new book emerges from the vaults of the Alexandria Publishing Group, this one from the hand of Kai Wilson-Viola. The title, as you guessed, is “Glass Block”. 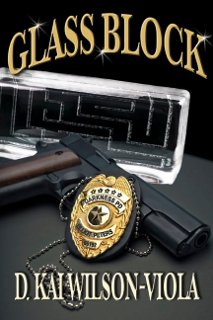 When Big Brother fell out of popularity in the early part of the 21st century it was replaced with ever more ‘realistic’ reality TV shows, till the need for this was replaced with a need for fantasy. In an attempt to resurrect the old format some die hard fans filmed themselves locked in with a recently released murderer. The person to get out got the money from the stream sales at the end. Needless to say they were slaughtered.

The entire APG crew is proud of this release and wishes Kai much success with it!