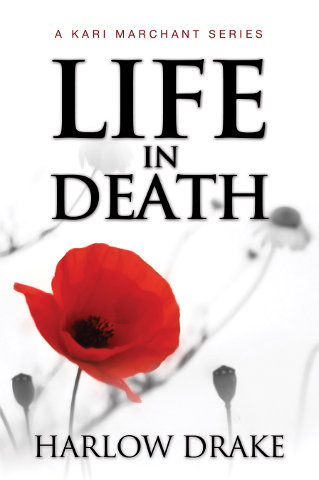 Today I am hosting Harlow Drake, author of Life in Death. At the end of the post there is a giveaway where Harlow is giving away 3 autographed paperbacks and a $15 Amazon Gift Card. Check out this great novella and enter to win!

When a girl that social worker Kari Marchant places in foster care is brutally murdered, she’s compelled to learn why. Her quest for the truth pits her against friends and coworkers. As Kari works to solve the horrific plot, more people die. How far should she go to learn the truth—even if it threatens her life?

Here is an excerpt from the book:

“Bitch.” Jefferson Winton stared at the letter in his hand. Last month, he had announced his intention to run for mayor. Today, he got this letter.

Kari Marchant. She’d tell everything if he ran.

He’d heard her name mentioned over the years in various circles and had been surprised they knew some of the same people. Still, she’d never attempted to contact him directly before.

He pushed the button for the elevator and paced. He hadn’t expected to see anyone at 2 a.m. The elevator opened to an empty cab. He breathed a sigh of relief and pushed the second floor button.

He didn’t want to worry about that bitch again. He smiled. His henchmen, Ren and Stimpy, could handle this.

He pulled out his phone and placed the call.

“I have some work for you boys. Kari Marchant at 2612 Osceola Street. Get rid of her, but make it look random.” He hung up as the elevator door opened again.

Jefferson waited for his eyes to adjust to the darkness of the parking deck before he scanned the lot for his car and strode toward it. A shuffling sound startled him from behind as he opened his car door A sharp pain stabbed at the back of his head before he could turn around.

A douse of cold water jolted Jefferson back to consciousness. His head throbbed like a heartbeat and the rusty taste of blood filled his mouth. He squinted his eyes and tried to focus through the stickiness that plastered his eyes together. He stared at the person in front of him; dull recognition seeped into his brain. He couldn’t believe who’d done this. He lunged forward but couldn’t move. Twine bit into this forearms, stomach, and ankles as he fought to free himself from the chair.

“What the hell is this?” he yelled and struggled wildly.

“There is always a reckoning for one’s misdeeds, in this life or the next. For you, today’s that day.”

The glint of the shiny steel scapel caught his attention. “Shall we begin?” 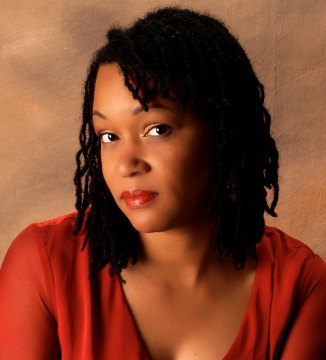 Author Bio:
Author Harlow Drake was born in Kansas City, MO, but grew up in Denver, CO. She relocated to North Carolina five years ago with her husband, two dogs, and 16-year old twins.

She shares a birthday with the notorious Napoleon Bonaparte. In keeping with his legacy, she is currently working on taking over the world. Harlow’s positive attitude and fresh take on life are her tools and conquest is certain. She spends her free time writing, dancing, traveling and defending mailboxes from her 16-year-old twins’ driving.

Her debut novel, LIFE IN DEATH, is a murder mystery which pulls from real-life situations from her own family history. She felt compelled to share her story with the world while offering a thrilling, entertaining, and amusing escape for readers.

In keeping with her commitment to improving the lives of children, a portion of the proceeds from the sale of her book will be donated to the Boys and Girls Club in her home state of North Carolina.

She loves to connect with her readers and can be found on Twitter, her blog, or on Facebook

4 thoughts on “Spotlight on “Life in Death”.”