In this post I am going to share a little about how I got into writing. This did not happen from one day to the next, as if one flips the switch of a light.

I’ve started, of course, with reading. I read a lot. More times than I care to remember, my parents had to warn me that dinner was ready by taking my book away. My mother sometimes said “You are reading your mind away, boy.” 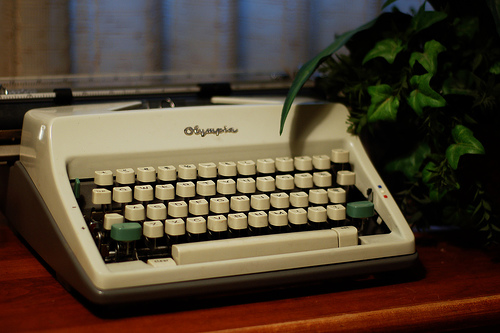 One day my mother had a new book and she let me read it. I loved it so much that I wanted to have it, but that of course was not going to happen with a big expensive book for a 13 year old kid. Dad gave me an old type writer and a stack of paper, and said “type it over if you want it.” So I started typing page after page, getting cramps in my fingers but persisting until I had the whole book done.

After that, the bug had bitten me and did not want to let go. I started typing out something I had thought up myself, and showed that to my parents. It probably wasn’t a masterpiece but I was proud of it, and so I kept going, thinking up marvellous 5-paragraph plots and 2-page schemes that rocked my world.

After a while (a long while), a friend invited me to join a small mailing list where authors of all feathers showed what they had written to the people on the list. After reading along for a while I became brave and started writing something ‘big’. And then the moment of truth came: I had to post a chapter on the list. I still remember how nervous I was about that. To my relief the chapter was received well, as were the following ones. More and more chapters and stories appeared, some of which were co-written with others on the mailing list. 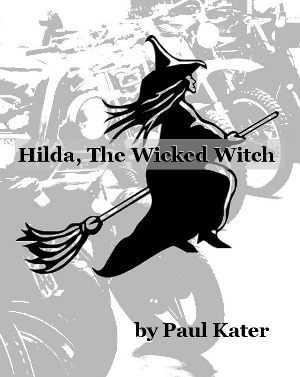 Due to a fun little “writing race” with a few others, where we would write a 20.000 word story in 2 weeks, Hilda was born, as I needed something to quickly write about. After posting that story to the mailing list, people asked for the second story, so I wrote that. A friend, Arlene Radasky, who has written a great book called “The Fox”, then kept pushing me to publish the first Hilda story. Which, after a while, I did. And then I published the second one. And the third. Etcetera.

And look how things are now. My books come out and people appreciate them. And they ask for more. It is an amazing experience, and I hope to be able to continue my writing for a long time. Especially in the company of the good people of the Alexandria Publishing Group, and all the fans of the characters in my books.