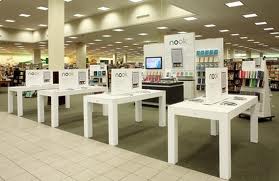 Barnes & Noble plans to launch Nook digital bookstores in 10 countries within 12 months, the Bookseller reported, noting that a 10-K form filed by the company with the Securities and Exchange Commission “said the international expansion plans were part of its partnership with Microsoft, announced earlier this year.”

According to the document, B&N is also “exploring opportunities to give consumers outside of the U.S.” access to its Nook products “through potential distribution partnerships yet to be announced. While there can be no assurances, the company intends to have one or more distribution agreements in place to sell Nook devices in certain countries outside the U.S. prior to the 2012 holiday season.”