I shall be engaging in a number of interviews with independent authors. May you find these informative, entertaining, and perhaps even inspiring to go out and locate their books!

This interview is with author Per Holbo. 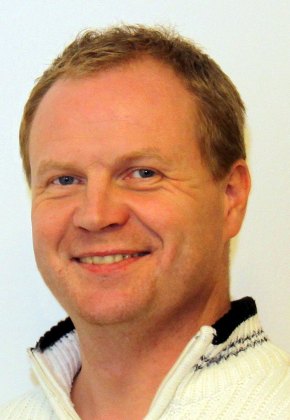 Dear Per, can you offer us a little insight into who you are?

Well, the funny thing is that most of us tend to answer that question with occupation, marital status and the like. But does these fact in any way describe who we are? I think not. Instead, let me say this: I´m the kind of guy, you would love to have a beer with in a quiet pub, where you would find yourself opening up and telling me about the most intimate details about yourself. I´m also the kind of guy, you occasinally would fiercely argue with, trying to decide, if I was always being serious or if I was just trying to provoke you. I´m the kind of guy you would call in the middle of the night, if you feel down and needed a shoulder to cry on. And I´m the kind of guy, you would hate to have as an enemy, but love to have as a friend. Someone once told me, that I´m a wolf in sheeps clothes and in some way I think that summes me up rather nicely

What is the reason that you started writing? When did you start writing?

I´ve written stories since I was about 8 years old and the only reason I can think of as to why I write is that I cannot help it. I have all these thoughts and ideas in my head and if I don´t write and tell these tales, they won´t leave me alone.

Are you writing under a pen-name, do you use your own, or is your work out in both ways?

Right now I write in my own name. There is no reason for me to write under a pen name yet, as my given name already stands out. However, there are a few books in my head that I would probably write under a different name, if I ever published them. As to why, I´d like to keep that to myself…

What, do you think, is your best book? And why is that?

My best book is always the latest one. If this wasn´t the case, I´d feel like cheating my readers. As a writer, you must always be striving for better work. My latest book is a short called ”Asgard Saga” and as the name says, it´s about Norse Mythology. In ”Asgard Saga” I´ve done my best to bring the Norse Myth´s to life, which is somewhat of a challenge. The narrative form of the original stories keeps character descriptions to an absolute minimum and this doesn´t work well for a modern audience. So in ”Asgard Saga” I try to balance reading experience with full grown characters against being tru to the original myth´s. 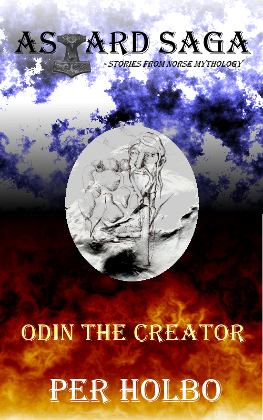 Naturally, after the best book, what is your worst, if there is one? And why do you feel that way?

The worst book is a Children´s Book called ”Nikolines sure tæ´r.” It´s in Danish, my first language, and even though the story in itself is good, the illustrations are just… well.. you get the picture…

How do you think your writing has changed over time? Did it change at all?

For every new story and for every new chapter, my writing changes and sometimes it´s a struggle to keep my books consistent enough to make it a smooth reading experience…

And can you say that writing has changed you?

What is the most daring thing you ever did or tried in your writing? In which book did that happen?

In one of my first flash fiction collections, I wrote with sexual undertones, which was daring for me, since I´m brought up in a, for Danish standards, rather conservative Christian environment. I was quite anxious to meet people´s reactions, but much to my surprise no one seemed to disapprove (or perhaps they just didn´t tell me)

And, if your feel up to it, what is the most daring thing you ever did in your life? Feel free to skip this one, not everybody is up to revealing much about themselves…

Marriage… And I´ve never regretted it…

Is there something you still want to have a go at, in your writing life? Is there a challenge you envision that’s worth pursuing?

Everything and Anything – well, almost.. I wouldn´t write explicit sexual context and I probably would have the nerves for writing about child abuse…

Has your writing ever been compared to the writing of another (perhaps even famous) writer/author? And do you like that?

Not to my face and if someone did, I would probably be both flattered (if it was a good writer) and sad. I want my writing style to be mine…

Do you have one or two favourite books (written by someone else)? If so, what are they, and why do they appeal to you so much?

A bunch of books! I would much rather bring up certain authors, such as Isaac Asimov and his ”Foundation” books, which appealed to me as a kid (about 14 years old) because they brought a new idea. To imagine using math and probabilities to foresee the future was intriquing. But if I have to mention one book, it would be ”The Rope” by Lloyd C. Douglas, where the Christian faith is put on trial.

Which book you ever read would you label as least readable book, so far? Feel free to comment as liberally as you want to the why.

I´ve actually never read a book I didn´t like, because I usually stop, if the book I start is not worth reading to me…

Is there a book that you know of that should never have been published, in your opinion?

No, but there are a lot of books, I cannot for the world understand why anyone would invest in publishing… don´t get me started…

Is there a writer that you would love to co-write a book with? And what genre would you like to write in then? Something you’re familiar with?

If I was ever to co-write with anyone, it would be with someone fairly unknown, because I would feel like tagging along for the ride, if it was someone famous. Anyway, I can´t imagine anyone wanting to co-write with me. I´m way too stubborn.

Let’s see… is there something in the realm of ‘wise words’ you once picked up that you would like to share? This does not have to be limited to writing, there is more to life than writing. At least, I heard there is. 😉

There is? Ehm… okay? Ehm… let´s see… ehm… Nope, I got nothing! Wait! No! Oh, yeah, maybe just this: If your marriage is built on love alone, it´ll fail. If it´s built on the promise and on keeping the promise, it may fail…

And as a last question, what is cooking with you? What’s your work in progress? Is there a tip of a veil that you can lift for us?

If my writing could be compared with cooking, my PC would be a hybrid of a stove, a micro wave oven, a conventional oven, pots and pans, stirring spoons, a camp fire and a furnace. Right now I am working on the second part of ”Asgard Saga” and this part is about Thor and Loke. Then I will continue with part 3 & maybe there will be a part 4. When they´re all done, I´ll release them all in one printed version. After that I plan to write a science fiction version based on the Norse Mythology, but let´s see what happens…

If there is anything else you would like to share, for example a thought, some promotion for your book(s), then here’s your chance!

Well, the first part of ”Asgard Saga” has just been released and a few weeks ago, I released a flash fiction collection, ”Embarrassing Moments.” The best way to get an overview of my present writing is to go to one of these sites:

You can find out more about Per via Twitter, his Facebook pages here and here, and through his weblog.

Thank you, Per, for your time, and for sharing your words with us!

2 thoughts on “Author interview – Per Holbo”