via TeleRead: News and views on e-books, libraries, publishing and related topics by Paul Biba 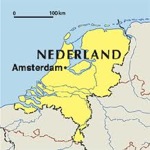 From a Google translation of an article on the Dutch site Ereaders:

The American bookstore chain Barnes & Noble (B & N) plans to deploy a Dutch ebook store to open andstart selling on the Nook-ereader. B & N is in discussion with Central Book House on a link for Dutch digitalbooks to sell. Also state B & N recently registered with the Chamber of Commerce.According to Mathijs Suidman, Manager of Product Management of the Central Book House, B & N as well as other parties such as Apple and Kobo be connected to the Central Book House for the supply ofebooks to sell and provide feedback to publishers. “In the context of the digital platform, we agree the schedule when any party to conclude with the publishers in the focus group. For Nook is still no agreeddate.“

According to an extract from the register of the Chamber of Commerce is Barnes & Noble sinceDecember 20, 2011 registered in the Netherlands. If activity is stated: “The conduct of activities concerning research and development, production, publication, trade, marketing, sales and distribution with respect to, but not limited to, print and digital content, e-readers and other electronic devices and other products and services. “

That Barnes & Noble has international expansion plans, has been known for several months. At first it seemed that the company will mostly focus on Britain would, but now including the Netherlands in the picture. B & N in the Netherlands will compete with other major international party, Kobo, who last week officially opened a Dutch shop and market in cooperation with Libris enters.

Barnes & Noble has an ereader – the Nook Simple Touch – and two 7-inch tablets in the range. The company began in 2009 with the sale of ebooks and ebook readers.

Being Dutch, I had to cross-post this of course.