to my delight I discovered the first of a series of interviews that Smashwords conducts with some of its successful authors. Allow me to share part of, and the link to the first one: 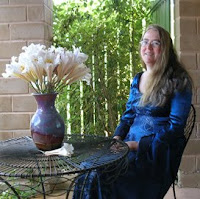 (Mark’s note: This is the first in an ongoing series of Smashwords author profiles. The interviews are conducted by David Weir, a veteran journalist who has written previously for The Economist, Rolling Stone and The New York Times. We’ll profile a diverse range of authors who are achieving success distributing ebooks with Smashwords. Even if we manage to do 52 interviews in the next year [a goal], it means we’ll barely touch 1 in 1,000 Smashwords authors. Do you have a favorite Smashwords author? If so, consider interviewing them for your blog and support your fellow indie authors.)

When we caught up with Shayne Parkinson recently, she was just about to go outside her countryside home and tend to her sheep.

Shayne writes historical fiction set in her native New Zealand, a genre traditional publishers in her country considered too niche to take seriously. So she started to self-published with Smashwords starting in March 2009. Ever since, people all over the world have been discovering her books — one reader at a time.

And once they do, they became fans, often quite insistently (as she explains below) awaiting the next book in her series. These days, her books attract a truly significant global audience, and she sells more in a day now than she did in her first full year back at the start.

If you want to read more, please follow this link.