Have you ever read a story, and then read the same story in another language, dear reader? Did you find one or the other better, more amusing, more entertaining? Or were they equal in those and other ways?

It is amazing for me to realise how large the difference in languages are, when putting a story from one into the other. For a dinner party I am asked to read a few chapters from one of the Hilda books. The dinner party will be in Germany, so I asked if it would be appreciated to translate the chapters into German. It would indeed be appreciated, so I started translating… 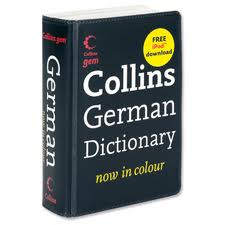 Translating? It came down to almost completely rewriting the two selected chapters in German. Translating the text is one thing, but keeping the meaning and the jokes alive, with the wonderful quirks of the English language I used, proved to be quite a chore. Some things are easy to translate, these are the general words and situations, descriptions of locations and so forth, but certain parts proved impossible to put directly into German. I had to rewrite – or rather reinvent certain sentences and even entire paragraphs. After all, Hilda has to stay true to her character, regardless of what language her stories are told in!

Now I know that my grasp of the German language is not bad, but far from perfect, so I did ask a German friend to look over the texts. Reading out Hilda at a dinner party is a big promotion for the witch, as well as a first “public appearance”, so I want this to be as good as it can be.

This exercise also made me appreciate the work of professional translators much more. It is simple to translate words, but it is difficult to translate a story and keep its spirit and soul alive. For that you have to understand the soul of the story.

I think this tells me that not every translator can translate every story. If a story does not touch you, you can’t convey its heart, its essence.

5 thoughts on “One story. Many languages.”