You probably know we have cats. Two of them, black as can be except their eyes.
Do you know how tough it is to have cats that possess magic? 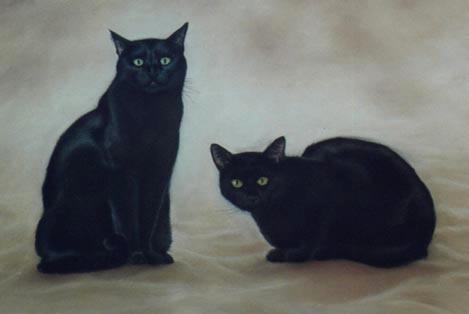 Hilda and I are still baffled about how we ended up with them. One day you’re battling an evil witch and the next day you fly off with cats that somehow got involved in the fight and since then act as if they were part of the plan and your life from the beginning. It took some getting used to them. Just like it took me some time to get used to being a wizard instead of a book salesman. But as with everything, if you’re exposed to it long enough you learn to love it. Or it kills you. So far we’ve been on the lively end of that scale.

Do you have cats? Magical ones?