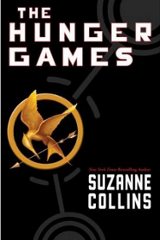 I had heard a lot about The Hunger Games. There are books, there is a film. After a while I became intrigued and purchased the e-book. At first it was difficult to get ‘into’ the story, as I could not entirely place it in its temporal context, but as soon as that was over (took me a while, I admit), the book became good, and more interesting as I progressed.

I find the background of the Hunger Games shocking. Think of a society that looks nice, advanced, refined, and then there are the Hunger Games. The background of the games is laid out very well in the story, and it’s done in a way that is not boring. The story moves along at a good pace and has a nice balance between introspection of the main character, Katniss, and what happens around her. The story also shows what can go around inside the heads of people when they are thrown into an arena where literally they battle for life and death.

I thoroughly enjoyed reading The Hunger Games. I am not certain if I shall continue with the other two books in the series. Perhaps in time.

One thought on “Book review – the Hunger Games”